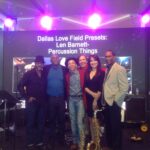 Len Barnett began creating sounds with his hands – beating boxes, furniture or whatever he could get his hands on – when he was 13 years old. Since then, he has developed a repertoire of percussional rhythms that include not only jazz, funk, and R&B, but also the styles indigenous to Africa, Brazil, the Caribbean and the Middle East. He invites his audiences to travel on a journey filled with these exotic rhythms.

Len’s most recent musical endeavor was the creation of the Modern Cajon Jazz Ensemble, introducing this versatile instrument to local and touring audiences. Len plays a variety of professionally hand-crafted Cajuns as the foundation for concerts featuring percussion-driven jazz, entertaining audiences with new music and standard repertoire re-imagined with percussion inspired arrangements.

Barnett currently serves as staff percussionist for the Brookhaven Community College Dance Department and is blessed to work with the talented musicians and singers on Daystar Television’s acclaimed “Celebration” program. Barnett also served as dance percussionist at the famed Booker T. Washington School of the Performing and Visual Arts for eleven years and dance accompanist at Mountain View Community College.

As a passionate believer in Christ, Len dedicates his musical gifts the Source of those gifts, and endeavors to use the to His Glory.

The youngest of 4 brothers,

He was born into a family rich in music: Trombone, acoustic bass, congas and drums. Taking up piano at 8 years old and trumpet at 11, MUSIC has always given Linny’s creativity and passion a way around cerebral palsy.
“I thrive on what differences bring.”

Last but not least, Linny Nance leads his own band, Network.

Jones holds a B.M. and M.M. in music composition and performance. He is a recording artist and producer under his label, Zamaria Records. He has multiple album recordings, piano music books, and a music web series. He performs and teaches internationally. He has years of experience as an educator, clinician, adjudicator, and guest lecturer in all levels of elementary, secondary, and higher education. He partners with a variety of music education programs, schools, universities, and music organizations. Jones can be contracted for commissioned works, specializing in jazz piano concertos and modern sacred choral pieces. Arlington Jones is a Steinway Artist.

Clyde George is from Weatherford and grew up playing with his brother, guitarist Raymond George, in their group Eddie and the Rays with other members including James Clay, David Newman, Mack Goldsbury, Randy Lee, Willie T. Alpert among many. Clyde was self-taught and took up the Hammond B-3 after hearing Jimmy Smith. He appeared numerous times on stage with his idol, Jimmy Smith. He has performed with Freddie King, Hank Crawford, Lou Donaldson, Doc Severinsen, Lou Rawls, Billy Ocean, Ray Charles and many other great artists. Clyde is featured on the CD “Sandtown,” which pays tribute to the early days in Weatherford with Eddie and the Rays as they developed into one of the great jazz groups. Clyde also performs with guitarist Wes Cross in Majik Touch. 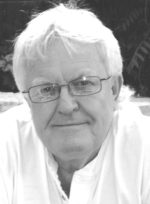 Mr. Bradshaw received a Music Education Bachelor of Arts Degree from The University of Northern Iowa with a minor in trombone.  After completing his undergraduate work he joined the 328th Army Band, Ft. Wolters, Texas. Bradshaw completed a music composition Masters Degree at The University of North Texas under the guidance of Dr. William P. Latham, Dr. Martin Mailman, and Merrill Ellis. When the Arts Magnet High School at Booker T. Washington (Now the Dallas High School For The Performing And Visual Arts) was launched, the school district asked Mr. Bradshaw to develop the new jazz music program.  He also developed the big band arranging and improvisation curriculum. Under his instruction and leadership, students produced albums of their arrangements. While at Eastfield College, his arrangement/production of “The Music of Antonio Carlos Jobim” breathed life into the east Dallas music scene, leading to his creation of the annual Celebration Spring – Together Again concerts. Curtis received “2013 Jazz Artist Of The Year,” as awarded by the prestigious Sammons Center For The Arts in Dallas, Texas.

Dan Haerle is a composer, performer, educator, and ambassador of jazz piano. A Regents Professor Emeritus of Jazz Studies at UNT, he has authored instructional material used by thousands of musicians worldwide. He is a member of the International Association of Jazz Education Hall of Fame. The Jazz Education Network recognized him as part of the inaugural class of the LeJENds of Jazz award. Through participation in a variety of educational programs, he has benefitted countless musicians from youth to professional. He continues to teach jazz piano and improvisation at the Dallas School of Music and private online lessons. Haerle has performed with Clark Terry, Pat Metheny, Freddie Hubbard, and numerous other modern jazz leaders, and has recorded multiple albums featuring his own music as well as jazz standards.

Ohio native Dave Zoller decided in his late teens to let his love affair with jazz, R&B, and pop music become a full-time music career. After moving to Dallas from Kansas City, MO, in 1969, he became involved in the legendary Dallas jingle scene for two decades, both as a player and writer. He has written over 1,600 music tracks, created a library of original jazz charts for big bands and small groups, and toured/recorded with jazz legend Al Hirt. Zoller currently fronts several groups, including Evidence/Music of Duke Ellington & Billy Strayhorn and a quintet dedicated to the music of John Coltrane. He also co-leads RIO! with vocalist Nina Katrina, performs in duo and trio formats, and backs vocalists such as Carolyn Lee Jones, Drenda Barnett, and Diana Gale. He was named Sammons Center Jazz Artist of the Year in 2009.

Johnny Case had become a pianist playing country swing in various dance bands until mid 1966, when a jazz trio gig gave him his first opportunity to publicly perform the music that had inspired him to become a pianist. In 1969, Johnny Case began to issue his own recordings of modern jazz and related genres. Johnny Case has played club dates and concerts with such name jazz artists as James Clay, Billy Hart, Dewey Redman, Colin Bailey, Marchel Ivery, David Newman and Randy Brecker. He performed a reception for Ornette Coleman at the opening of Fort Worth’s best-known jazz venue, the Caravan of Dreams. Most remarkable is his 28-year stint as house pianist at Sardines Italian restaurant where he provided live jazz six nights a week. Johnny Case has been inducted into three halls of fame related to Texas music.

Julie Bonk is one of those rare musicians who expresses from deep within her soul, giving unique life and color to everything she plays. She graduated from Interlochen Arts Academy where she developed her love for Jazz and Blues. Her studies continued at UNT where she received her Bachelor of Music Degree in Jazz Performance. Currently living in Texas, Ms. Bonk is a well-respected and accomplished piano teacher in Jazz and Blues improvisation, composition, music theory, performance techniques and vocal styling. Some of her better-known students have included Grammy Award Winner Norah Jones, Scott Hoying from Pentatonix (The Sing Off Winner) Matt Johnson, Claire Fowler EMI Records and Amy Abbott Owsley (American Chills). Julie remains in high demand for performing. The CD ‘Different Shades of Blue’ features songs closest to her heart as well as some examples of her soulful originals. 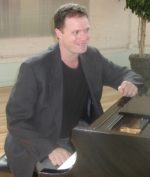 Kelly Durbin brings 30 years of performing experience to his teaching. He currently remains active as a jazz pianist performing at local and regional festivals and venues, often with international jazz artists. He was a long-time member of the Marchel Ivery Quintet, as well as ensembles led by bassist James Gilyard and saxophonist Wayne DeLano. Durbin directs the Jazz Ensemble at UTD and teaches classes in music theory, MIDI, jazz history and jazz keyboard. Kelly received his master of music degree from The University of North Texas and has enjoyed long tenures with the Marchel Ivery Quintet and the James Gilyard Ensemble. His professional credits include work with David “Fathead” Newman, James Clay, Chuck Rainey, Billy Hart, Cornell Dupree, Ed Soph, Lynn Seaton, Hank Crawford, Sebastian Whittaker and Roseanne Vitro.

View
Next »
Scroll to top